We have another mystery for this week. The prompt is:

…I didn’t remember putting it on…

Things to think about:

2 lovely years ago, in 2018, I was watching a ventriloquist called Darci Lynne. I suddenly realised, “That is SO COOL!!” And truly and embarrassingly, I remember trying to do ventriloquism with my teddy bears. It never turned out well. I gave up on that for at least 2 or something years until this July, when I saw Darci again on my phone. I suddenly thought, “I remember her! I really wanted to become a ventriloquist again, so asked for one. And here I am now. With Sapphire, my sassy puppet who thinks that she’s the best person in the world. Now, from the day I received Sapphire and onward, I am training to become the best at ventriloquism that I possibly can. And that’s my story of how I became a ventriloquist. 🐺

…Madame Morrible took the girls’ hands. “I’m sure you two will get on fine.” Morrible announced, putting their hands on each other’s. As soon as their flesh touched, Miss Galinda jolted backwards in the feeling of the peach skin being touched by the emerald skin. “No! I simply cannot live with HER, Madame Morrible!!” Galinda complained. “No exceptions, Miss Galinda!” Morrible stated firmly, walking away.

When they arrived at room 22, Galinda began unpacking.. Dress after dress after dress. One by one by one. “Are you sure you really want to take all your things out like that? It will take a while, Miss Galinda.” Elphaba said. “Yes, and I definitely don’t want your dirty little hands touching my things!” Galinda screamed. “I am sure I have cleaned my hands, Miss Galinda. And I’m only trying to help.” Elphaba told Galinda.

Dr Dilamond stood outside the room door. Suddenly, he felt really ill. Not in general, but the thought of going in the room with the bickering girls made him feel uncomfortable… He was going to have to go and sort the girls out. But not right then. He’ll come back later and sort them out.

Elphaba started unpacking her things. A few dresses, not as bold as Miss Galinda’s, for sure. Frexpar Thropp would never let her wear those. Sweet Oz, she wouldn’t either! They were so…bold. Anyway, after she’d hung up all her things, began pulling out a stack of books. Then another. Then another!! Yes, she was addicted to reading. It was something she’d gotten used to after Frexpar never let her socialise with the online world. She’d liked that after a while. Elphaba didn’t know what the point of the internet was anyway. “Sweet Oz, Miss Elphaba! How do you even socialise with reading?!” Galinda said. “Well. Miss Galinda, I like reading. I don’t think that will disturb you?”Elphaba muttered, pushing her glasses up her face. “Do you even know what internet is, Miss Elphaba?!” Galinda shrieked. “Yes, Miss Galinda. I just don’t like or get the point of it.” Elphaba quipped.

“How in Oz do you not like the Internet?!” Galinda snapped, “Actually, I, Miss Galinda Arduenna Upland, are not talking to YOU anymore.” Galinda hissed. “Fine.” Elphaba quipped, turning on her lamp.

“Elphie?” Glinda asked, peering over at the green woman, who was sleeping soundly. It was April 12th, the day of Elphaba’s birthday. “Yes..” Elphaba had replied groggily, shifting to the other side of her bed. “Happy..Birthday..!” Glinda muttered with some form of enthusiasm. “Thanks.” Elphaba said, walking to the wardrobe. After the girls had both gotten ready, Glinda had smiled enthusiastically, “Happy birthday!!” Glinda smiled. “You’ve said that twice.” Elphaba smiled. “Elphaba Melena Thropp, don’t you realise that anything I say before the ten minutes after I’ve come out of the shower don’t count?!” Glinda joked. “Oh, I definitely forgot.” Elphaba replied sarcastically. “You didn’t forget!” Glinda laughed.

We have part of a sentence this week. Please remember to use it EXACTLY as it is written here

Things to think about:

This week we have 5 words, all of which need to be in your writing but they can be in any order. They are:

This week we have a bit of a puzzle. The prompt is:

…if only it was a bit smaller…

I carefully got out of my beautiful clean bed and woke up my kind caring parents that it is my first day of school . my mum was at work so it was my nan and dad looking after me and my brothers . my caring dad said you are so excited for school I said yes I am because I get to meet my friends and my now teacher . so I got ready for school and left my warm house 5 minutes later I arrived school it  was getting a little bit scary  now  but I did not want to tell my dad. so I went into my classroom and I saw my best friend  I was a little bit happer now and i was settling in well . It was the end of school i did not want to leave but i did .

THAT WAS THE END OF MY FIRST DAY OF SCHOOL 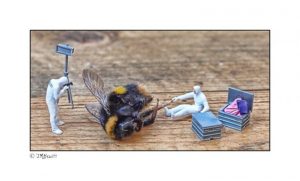 Things to consider – are they real sized men or is the creature real & what does that mean?

This weeks prompt is:

Remember to use the phrase exactly as it is here and have fun with it!

Mazie went over to see what was there, “That thing looks so weird?!” said Mazie quietly “What if it took the cherry blossom trees blossoms?!!” she thought in her head.”I have to get closer.” the weird thing was a tree that had a green trunk, blue leaves and pink fruit! “Is that a space tree!?” she said while looking at it like it was some kind of mutated alien!!!!!! “I need to tell my mum about this space tree thing.”she got out her phone with a pink cat case on it and called her mum”MUM THERES A WEIRD SPACE TREE THING COME HERE QUICK!!!!!!!!!!!!!!”Mazie’s mum repyed with”Okay I’m coming deer!”10 minutes later her mum was there and said”Oh wow that’s a weird looking tree?!”and then Mazie said “I told you there’s a alien tree.”