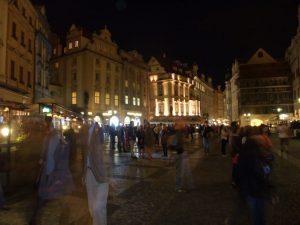 On Saturday there was a ghost sighting they thought they were nice but… the next day someone went missing.Someone else went missing the other day until loads of people went missing, the whole town was confused.One person called Jake, who was an investigator, was the only one who actually cared about it.He’d knew it had been the ghosts so he looked all over town he couldn’t see anything suspicious he didn’t know what to do so he turned into a ghost by taking a potion and he met the ghosts they showed were the people were and he said that he was burrowing them but he took them back.

3 responses to “The investigator”