“Yes. But I just did it to annoy you, my sweet.” Elphaba’s smirk widened.  “No fair!!” Glinda smiled. ‘Ohhhh….I annoy you sometimes, so you should be able to do the same!!”  Elphaba sighed, “I never really festivate my birthday, Glinda. I always tell Nanny not to get me presents, but she always insists and I can’t say no..” Elphaba placed the colourless paper next to her and tried on the blue leather coat, and took it off again. “This clashes dreadfully with my skin..” Elphaba groaned. “No, it looks beautiful, Elphie.” Glinda commented. Let’s just say that back at Gillkin, people tried to make people feel better about their looks. They didn’t do that back at Munchkinland. At all. They went to Dr Dillamond’s classroom and seated themselves, like it wasn’t even Elphaba’s birthday at all. At least until class ended. Elphaba went to see Madame Morrible, but Dilamond had kept Glinda back for a second. “Miss Glinda, was Elphaba acting a bit..weird?” He asked. “No. Well… Maybe a little. It’s her birthday and she’s a bit anxious about me trying to get her to festivate it.” Glinda explained. “Oh? Ok. Well, even if she doesn’t, give her my best wishes, would you?”

“Ok.” Glinda said, walking away and going back to her room, being greeted by Elphaba. “Back so soon?” Glinda asked. “Is it that, or is it that you took a tiny bit of time talking with Dilamond and then spent the rest of the time staring at your reflection in the mirror?” Elphaba laughed drily. “Hey!” Glinda said, “I did not!”  “Well. You can surprise me.” Elphaba said. “Yes. I can.” Glinda flicked her leg upwards in an attempt to look cool(Glinda is very extra.); she then gave a toss of her hair and flopped down on her bed. “Are the Throp family a bit..what’s the word..testy?” She randomly asked. “Umm.. You could say that, but only if you were referring to Frexpar hating me. He is so annoying to me, but adores Nessarose.” Elphaba sighed. “Because Nessarose  is normal, he adores her. If I were normal, he’d adore me too..”  Glinda smiled awkwardly, “You aren’t strange. You’re  my Elphie. My beautiful, smart, kind and caring Elphie. I am dearly lucky to have you as a friend.” Glinda was not joking about how much she loved having Elphaba as a friend. “Thank you. I just feel like I’m unappreciated and unloved.” Elphaba smiled weakly. “But Nessie does love me. Frexpar just doesn’t realise I’m a human. He hates me to the core of his cruel, scheming body. I do realise he’s the governor of Munchkinland, but..”

Glinda plonked herself on Elphaba’s bed and stared into her deep brown eyes. “You really do like ranting about your father and how he apparently hates you, don’t you?” Glinda joked. Then, a knock of the door rang around the room.. “Oh no.. It’s..” Elphaba shuddered. “M..my f..ather… Frexpar..I know that knock..” Elphaba whispered. Glinda stared at her, wide eyed and unable to get the words that she desperately wanted to say out of her mouth…

So this is my Christmas. My Christmas was the best. Just to tell you guys, I technically  had 3 Christmas’ and if your saying ”How did you have 3 Christmas’ ” well I’ll tell you why. This was My first ”Christmas” and this was at my Mum’s ( if you think my Mum and Dad live together. They don’t.) And this was my second ” Christmas ” and it was with my Dad so I got a morph board and it was epic. Then this was my third ” Christmas ” I went round my nans house and guess what I got a gold hoverboard and that was out of the milky way (the milky way is are galaxy and a galaxy is where all of the planets are in it including us earth) and that is my Christmas(s). So I’ll see you next time on story time with………..Poppie, so byeeeeeeeeee.

So,this is a very random blog. So if you judge me then its your fault. Why I’m making this blog,is because I’m bored and if I just put some random stuff in then it’s just some information it is because you don’t need to know what I’m writing down. So yesterday my dad picked me up from school and as usual and chatted all the way home and then when I got there I saw  Eric(the elf on the shelf) wrapped the Barbie camper and the mini Christmas tree in my room. But Santa did say he was the best spy elf and sometimes got up to mischief. I wonder what he’s going to do tonight?

all of us have or want a pet or annimal of some form. you love them and cherish them, I mean, who wouldnt love them more than anything ever??  you play and run around and just get that best feeling. you spend every day and night thinking of them and just what your going to do next. but when the time is right you might be sad, but remember, your ending there pain, suffering and misery. your sad to part but you may see each other again in heaven or wearever you beleve you go were you die.

life and loss by amber. 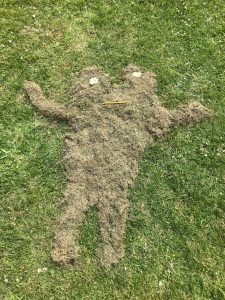 We have celebrated the first week of playtimes on the field by using those (oh so tempting) piles of grass cuttings to make works of art; certainly never to throw at each other! 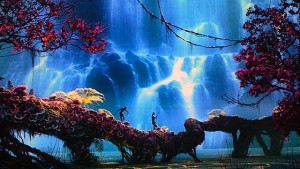 Mystical creature lurking around me in the darkness below my ice cold feet.

a strange dimension with fascinating creatures and living plants.

an undiscovered place no one will ever step foot in.

a thundering sky with the biggest blue moon the island has ever had .

Floating above a mystical land seeing lapis people that look like unreal. 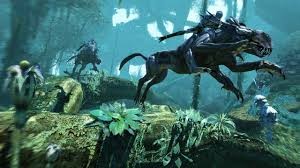